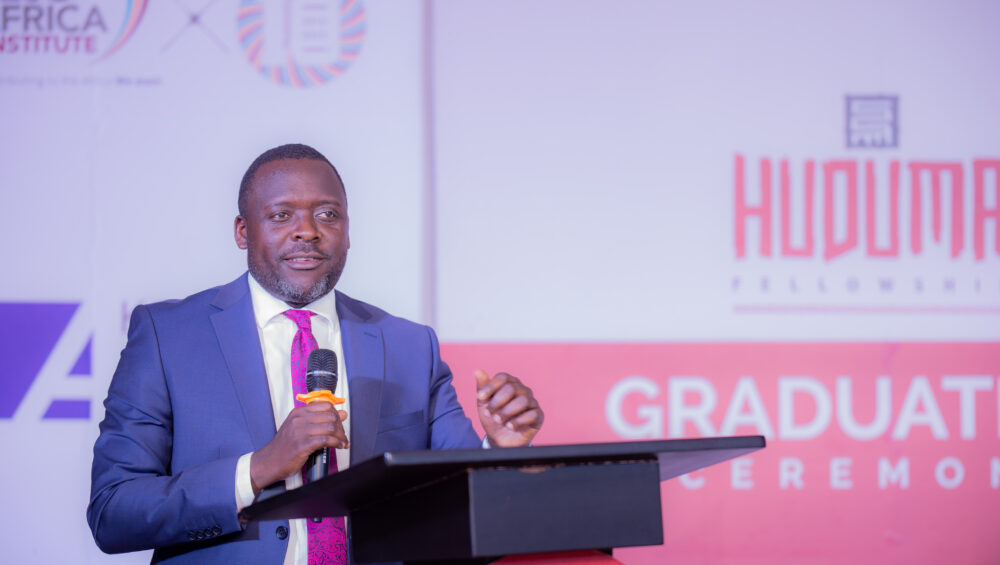 Remarks by Yusuf Kiranda, Makerere University Secretary, on the occasion of the Graduation Seminar of the Second Cohort of the LéO Africa Institute Huduma Fellowship on 5th November 2022 at Mestil Hotel, Kampala.

Thank you, Mr. Uwihanganye, for your cordial invitation to me to this beautiful event. I am delighted for the unique opportunity to partake in Leo Africa’s commendable efforts to advance a new generation of transformative public servants in Uganda and Africa.

The public sector and public service are essential in all social, political, and economic affairs of human beings. Indeed, the notion of public service must be understood beyond the state and so-called government employees. However, allow me today to limit the scope of my submission to public service by the state and its officers, including teachers, nurses, policemen, soldiers, janitors, commissioners, lecturers, wardens, and university secretaries, among many others.

The commonly appreciated principle is that every society requires a well-coordinated provision of public goods and services, such as roads, railways, airports, hospitals, schools, security, justice, and environmental protection, to mention but a few. The conventional argument that typically follows is that such public goods and services cannot be entirely provided by the market, and therefore, we need the public sector to deliver them.

However, the neoliberal proposition that the public sector is primarily essential only where there is market failure is as weak as it can get, and it undermines a fundamental fabric of society. In fact, the idea of responding to state failure by promoting markets is itself a faulty one. Moreover, the world presents us with several successful cases of state-led development in countries like Singapore, South Korea and Malaysia. Markets themselves, after all, are not natural; they require regulation and accountability, which only the public sector can deliver.

Regrettably, the neoliberal ideology that has dominated our thinking for several decades has been harsh towards the state and the public sector, especially in incipient economies. The state and the public sector have been framed as corrupt, inefficient, and not fast enough in executing their mandates. Therefore, there has been increasing promotion of markets and non-governmental organisations as the preferred alternatives for delivering public goods and services.

The negative representation of the public sector in the press and scientific literature has also meant that it is not a very attractive career destination for some young professionals, some of whom are the best talents of our generation. Therefore, several young men and women who graduate from some of the best schools around the world turn out to seek career opportunities outside the public sector agencies of their countries.

Therefore, I commend you, the graduating Humuda fellows and the Alumni for choosing a career in public service in your country. Public service involves a degree of sacrifice and motivation beyond the direct benefits that come with one’s appointment or position. For example, the salary and benefits of a position in the national civil service can be comparably much lower than a similarly ranked job in the private sector or a multilateral organisation and development agency.

I am confident that the Huduma fellowship has emboldened your skills and capabilities to deal with the complexity of the public sector. You indeed will require these skills in your expected rise within the public service ranks.

I want to point out two public sector complexities you must be conscious about. The first is that realizing outputs in the public sector requires collective action. But collective action comes along with several challenges, including coordination problems, free-riding, divergent worldviews, and varying degrees of commitment and capacity, to mention but a few. You have to get different people (officers) to work together to achieve a shared goal.

Indeed the public sector is also confronted with the so-called CNN factor, which has also developed into the local media factor, all of which emphasise the negative representation of Africa and the African state. Nothing good comes from Africa. This challenge is exacerbated by the growing problem of disinformation and information filtering orchestrated mainly by social media.

I am not oblivious to the need for the African state to redeem itself from some of the self-inflicted pain and the negative perceptions created even among African citizens. For example, the widespread perception that getting a job in the public service is more dependent on technical know-who rather than technical know-how tends to keep away several young talents from attempting to apply for public service jobs. Governments and the public service must demonstrate that they are inclusive institutions rather than exclusive.

The state must win the trust of the people because public authorities require a considerable degree of voluntary compliance from the people they lead if they are to coordinate development successfully.
Once again, I wish to commend you for choosing the path of public service and congratulate you on completing the Humuda fellowship.